It has come to light recently that wheelie bins have many other uses other than the obvious and you may ask what could that be?  Well, an ingenious 27 year old man called Andy Jennings has spent over 200 hours making a motorised wheelie bin using a motor bike engine and parts from a mobility scooter.  Andy came up with this clever idea to help fund raise for his ill friend, Ben Ellis, who needs round the clock care after he was left with brain damage from a blood clot following an accident on a farm.  The motorised wheelie bin reaches speeds of 36 mph and Andy will try to set a world record this year for the fastest wheelie bin after officials at the Guinness Book of Records accepted his proposal.  Go Andy! 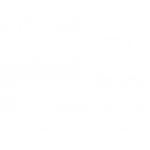